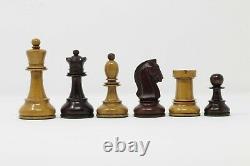 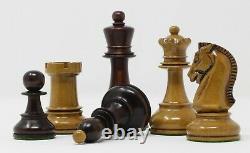 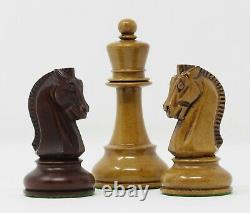 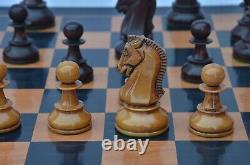 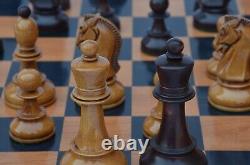 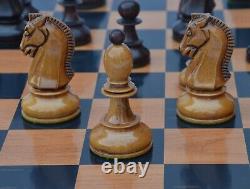 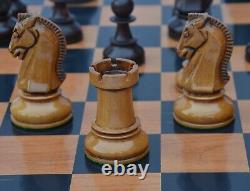 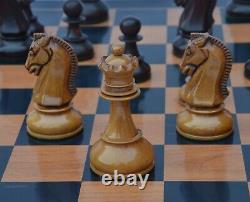 Staunton Castle feels proud to introduce the Worlds most famous Chess Set named Dubronvnik Chess Set. This is Reproduction chess set and our Company reproduced this chess set exactly in same look like the chess set which had been used in 9.

Chess Olympiad in the year 1950. We have given the same to this chess set as NOJ Chess set. The black army are made in vintage mahogany stained Box wood. The white army is made in the box wood. History of this Chess Set.

The 9th Chess Olympiad was organized by the FIDE and the government of Yugoslavia, supported by Josip Broz Tito. The Olympiad was held in Dubrovnik, SR Croatia, Yugoslavia (now in Croatia) between August 20 and September 11, 1950. Chess is a significant part of the culture in Dubrovnik being first documented in 1422.

The Olympiad had 84 chess players representing 16 nations who played a total of 480 games. The Yugoslav team won the gold medal, Argentina silver and West Germany bronze. In 1949 the Olympiad management requisitioned a new style of chessmen. Poek was contracted to design the Olympiad chessmen. The pieces were made in an unknown workshop in Subotica, Yugoslavia.

The 1950 Dubrovnik chess set was designed without religious symbols. The pieces were sensibly designed for play with wide bases requiring a minimum of 55 millimetre chessboard squares. They had green felted sliders and were not weighted.

The chess box was felted with a metallic badge on the inside of the box with the inscription IX. The box was unusually large, featuring 60 mm squares.

In a radio interview Bobby Fischer stated: This [1950 Dubrovnik chess set] is the best set I have ever played on. A chess collector provided chess set after Fischer requested it for the 1992 FischerSpassky rematch held at Sveti Stefan.

# The recommended board size for this chess set is 2.25 Square size. # The chess board in the images is not included with the Price of the chess Pieces. The item "Reproduction 1950 Dubrovnik 3.75 in Distressed Box wood & Mahogany Stained Set" is in sale since Saturday, September 19, 2020. This item is in the category "Toys & Hobbies\Games\Chess\Vintage Chess". The seller is "staunton_castle" and is located in Brampton, Ontario.